On Wednesday, Redfin announced a partner program in which a small group of agents committed to our principles of technological efficiency, customer service and openness would serve clients who had browsed their profile and requested their service, in outlying areas of our markets where less than 10% of our audience now looks for homes.

TechFlash on Wednesday described Redfin’s new partner program as “a major shift in strategy” away from “the customer-service focus of its agents” and away from our promise to change “the most screwed-up industry in America.” The story said that we had been “terrified” about potential problems in our partners’ customer service without explaining that we said that to introduce the steps we took to avoid those problems. The article said we are now embracing our “most vocal critics.”

The story went on to liken the company to HouseValues, a business that captured unwitting users’ email addresses and then sold their contact information to real estate agents of all types. Other news blogs then took the story further, making more aggressive claims about our selling out without talking to anyone here.

This narrative is not simply untrue; it is the reverse of the truth. Redfin has always been quick to admit its many mistakes: hiring too fast, charging too little for representing buyers, charging too much for tours, taking on more clients than we could handle, adopting an overly strident tone. But we have never wavered in our commitment to change real estate for the better. No one has ever questioned that commitment.

It seems more accurate to say that this program is an addition to our strategy, rather than a reversal. We started out competing with traditional brokers, and we still do. 95% of our revenue this year will come from a model that folks now say we have been forced to reconsider: our direct service. We will continue to expand that program, offering direct service in every market we enter. We agreed to hire a new agent today in Chicago.

For the remaining 5% of revenue, the partner agents we recruited to serve Redfin visitors in outlying areas would be shocked to hear that they represent the traditional point of view that real estate doesn’t need to become more consumer friendly. Every single one of these partners committed to our consumer-friendly values as a prerequisite to joining the program:

If I Can Change, And You Can Change, Everybody Can Change!
The premise of the TechFlash article is that partnering with a real estate agent is unavoidably a deal with the devil. 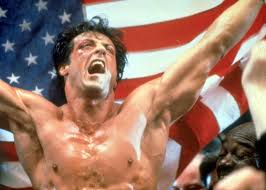 What is really happening in this “screwed up” industry is that some of the most progressive agents are coming to us on our terms as much as we are coming to them. In fact, as we observed last month, the industry has begun to change in response to Redfin and other forces, with lower average commissions in every market we have entered, more liberal data-sharing rules and a new emphasis on measuring customer satisfaction.

Yes, Redfin has also learned how to take what is genuinely good about the industry so we can get better. But that doesn’t mean Redfin has embraced, as TechFlash says, our most vocal critics. We will always disagree, respectfully and humbly, with those who defend the current system. For example, at a conference full of Realtors, we did just that last night.

In the Works for Nearly a Year
It is natural for many now to assume that Redfin is in such dire straits we’ll do anything for a buck. We aren’t denying that Redfin needs to keep growing: nearly every startup will have a perilous year in 2009. But our partner program was not, as TechFlash implies, a last-ditch response to a crisis.

We planned for Redfin’s partner program in a financial model built in 2007. We experimented with it earlier than that, canceling the program in 2006 after it became clear that we had no way of being accountable for good service to the client.

The current program has been under construction for nearly a year. The expansion of search to outlying areas in June 2008, the initial release of simple agent profiles in August 2008 and the development of tools for choosing an agent in November 2008 all paved the way for what we launched this week.

We could have offered a year ago the referral programs typical in the industry, selling the client out to multiple unnamed agents for a fee. There was ample financial pressure to do so. We stuck to our guns to create something much better, building an entire accountability system and a set of tools for a client to ask a particular agent to perform a particular service, interviewing every partner agent in person, and checking each agent’s references over a year back, so we could offer a partner program consistent with our values. These values are why we radically cut the profitability of the program by offering half our fee back to the consumer.

Redfin is a Values-Driven Company
What surprised us most about the post was that TechFlash knew who it was dealing with when it published the post. It was on TechFlash that we published only last month an essay saying that even in hard times, ideals are as important as money. They are. We will always, always fight for the consumer: exposing information about agent performance the world has never seen, offering the best value we can, paying our agents based on customer satisfaction, negotiating with Realtor associations to publish more data.

This is an emotional issue for us. We are less interested in proving TechFlash wrong, or even in convincing you that Redfin will succeed or fail — which is still an open question — than we are in establishing what this company stands for: making the real estate industry better for the consumer. Maybe nobody else cares that this company actually stands for something. But we do. We always will.

Spread the Word!
This essay will never reach as many people as the TechFlash post and the many posts it spawned. But if you care about what Redfin stands for, please help us spread the word.

Diary of a Pandemic, Part 3: The Furlough (And the Un-Furlough)

Diary of a Pandemic, Part 1: We’ve Been Under-Reacting for a Long Time

A Big Redfin Furlough, With Some Permanent Departures