Pending-sales growth of 35% far outpaced that of new listings, up 14%.

The national median home-sale price rose 13% year over year to $334,300 in December. Homebuying demand barely slowed during what is typically one of the slowest months of the year. Closed home sales were up 16% from a year earlier and pending sales were up 35%, while new listings were up just 14%. The housing market’s continued intensity is due in large part to the continued decline in home mortgage interest rates.

“The December housing market felt more like spring than winter,” said Redfin chief economist Daryl Fairweather. “Right now homebuying demand is seemingly endless, and although new listings are up from a year ago, it’s not nearly enough to keep up with demand. This inventory shortage is especially dire in places that have become hot migration destinations during the pandemic, like Salt Lake City.”

Median prices increased in each of the 85 largest metro areas Redfin tracks. The smallest price gains compared to a year earlier were in San Francisco (+3%). The largest price increases were in Bridgeport, CT (+28%), Camden, NJ (+24%) and New Brunswick, NJ (+21%).

“It seems no matter how high we price some homes, buyers are willing to pay more,” said Grand Rapids, MI Redfin real estate agent Shellie Silva. Buyers—especially out of-towners—are offering up to $30,000 in cash to cover any appraisal gap in addition to waiving inspection contingencies. A lot of the demand is coming from people moving here from the Chicago area, drawn by low property taxes and relatively affordable housing.” Home sales were up 16% in December from a year earlier on a seasonally-adjusted basis, down from the record high of 25% set in October, but still the fourth-highest level on record. 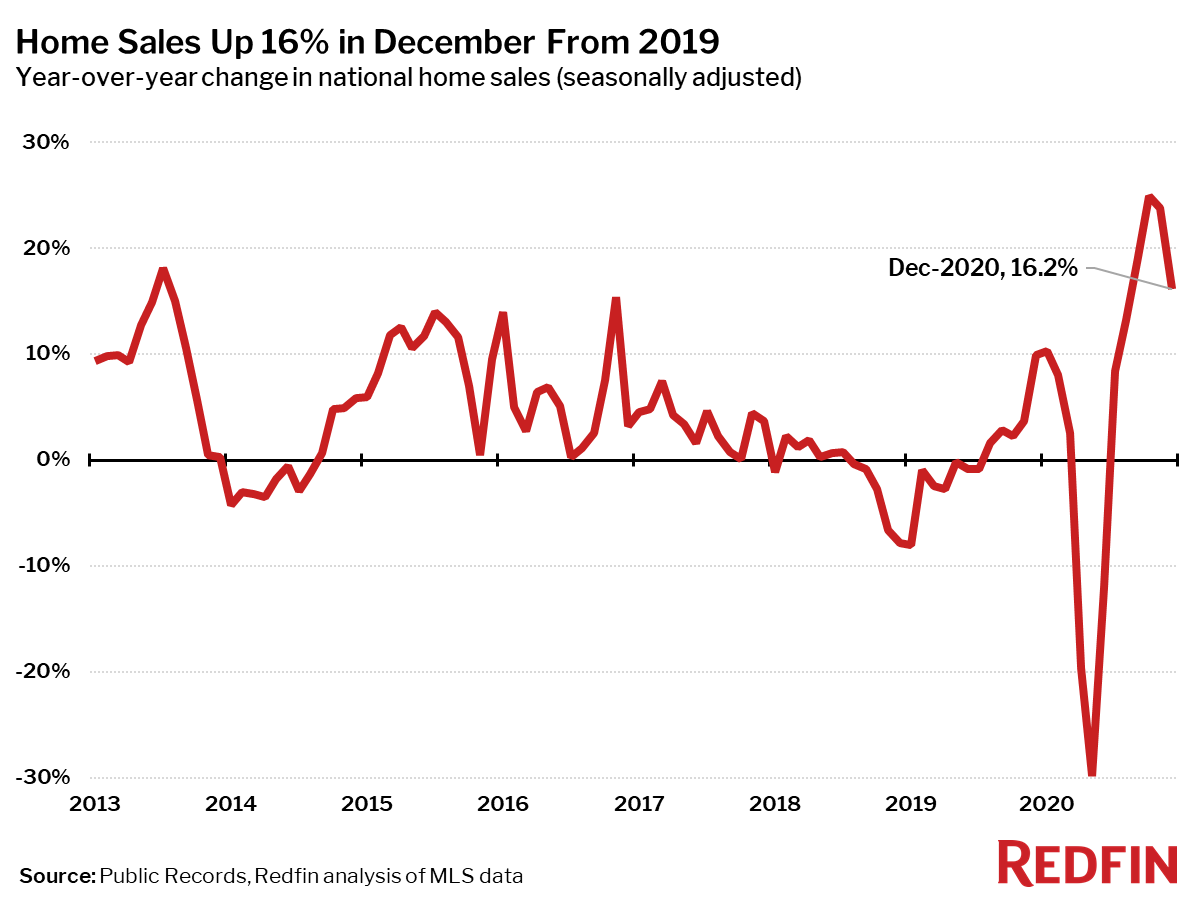 Active listings—the count of all homes that were for sale at any time during the month—fell 22% year over year to their lowest level on record in December, the 17th-straight month of declines. Only five of the 85 largest metros tracked by Redfin posted a year-over-year increase in the count of seasonally-adjusted active listings of homes for sale. The largest gains were in San Francisco (+78%), New York City (+28%) and San Jose, CA (+25%).

The number of new listings of homes for sale increased 14% in December from a year earlier, a solid gain, but still dwarfed by the gain over the same period in pending sales, which were up 35%. Measures of competition such as time on market and the share of homes sold above list price were at their most extreme December levels on record. However, they did finally ease slightly from November, following a more typical seasonal trend, but this only offered a small amount of relief for homebuyers.

The typical home that sold in December went under contract in 30 days—20 days less than a year earlier. In December 33% of homes sold above list price, down slightly from the peak in November, but up from 20% a year earlier. 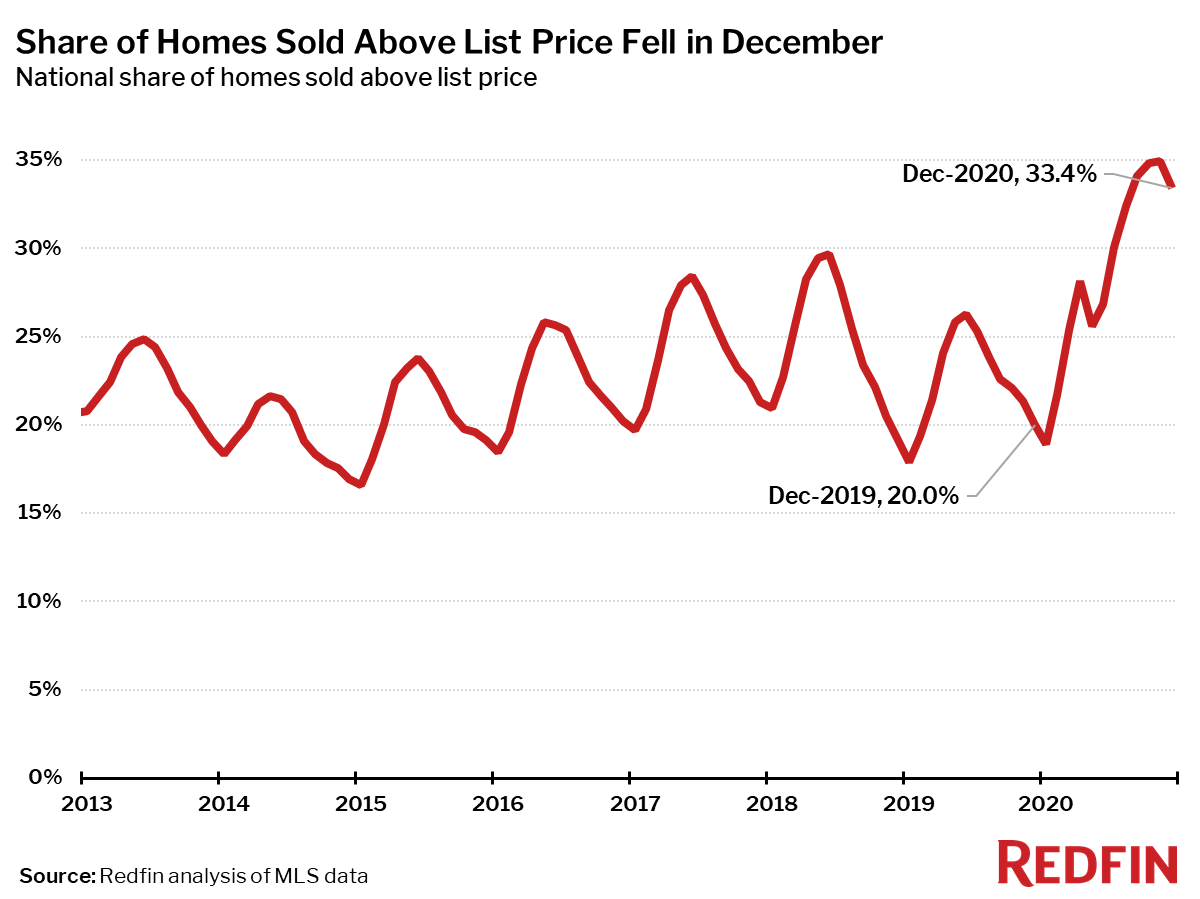