The average sale-to-list price ratio shot up to 100.1% nationwide, marking the first time on record the typical home has sold above its list price.

“Sellers’ asking prices have marched upward every week this year. Buyers have learned that if they aren’t aggressive enough one week, they will have to bid higher on a home that’s listed the following week,” said Redfin Chief Economist Daryl Fairweather. “This super competitive housing market has been fueled by rock-bottom mortgage rates, so home prices should start to grow at a slower rate as mortgage rates tick up.” 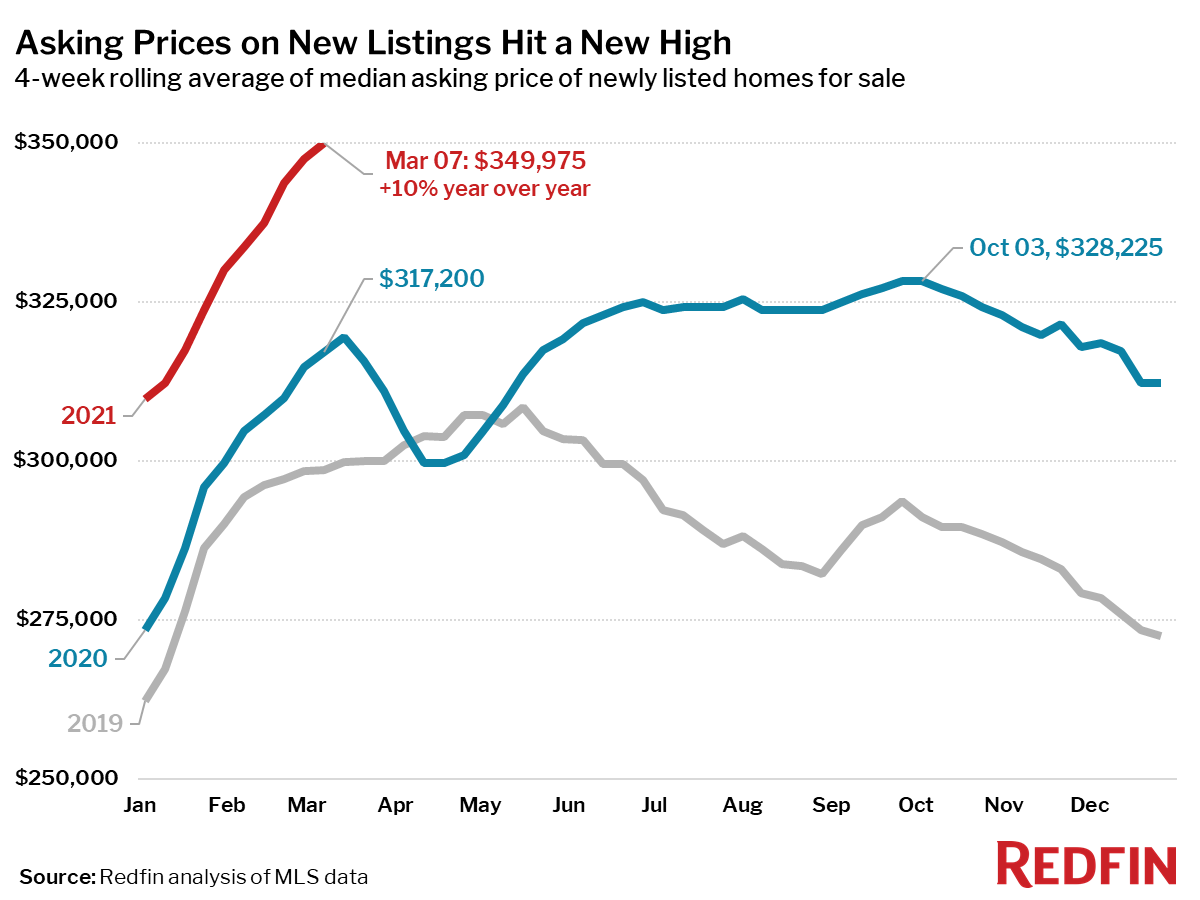