Note: Year-over-year comparisons in this report may be more a reflection of the fact that this time last year stay-at-home-orders halted both home-buying and selling activity than of how the housing market has changed over the past year.”

“It’s concerning how much home prices have risen during the pandemic,” said Redfin Chief Economist Daryl Fairweather. “When the pandemic is over, purchasing a home is going to cost much more than ever before, putting homeownership much further out of reach for many Americans. That means a future in which most Americans will not have the opportunity to build wealth through home equity, which will worsen inequality in our society. The Biden administration is putting together an infrastructure bill right now that includes building 1.5 million sustainable homes, but there is no guarantee the bill will be passed with every policy proposal intact. America needs an audacious goal to increase the housing supply, given the U.S. is short 2.5 million homes. It may be expensive to build millions of homes, but ignoring the problem would only cause housing to become more unaffordable and worsen housing insecurity.” 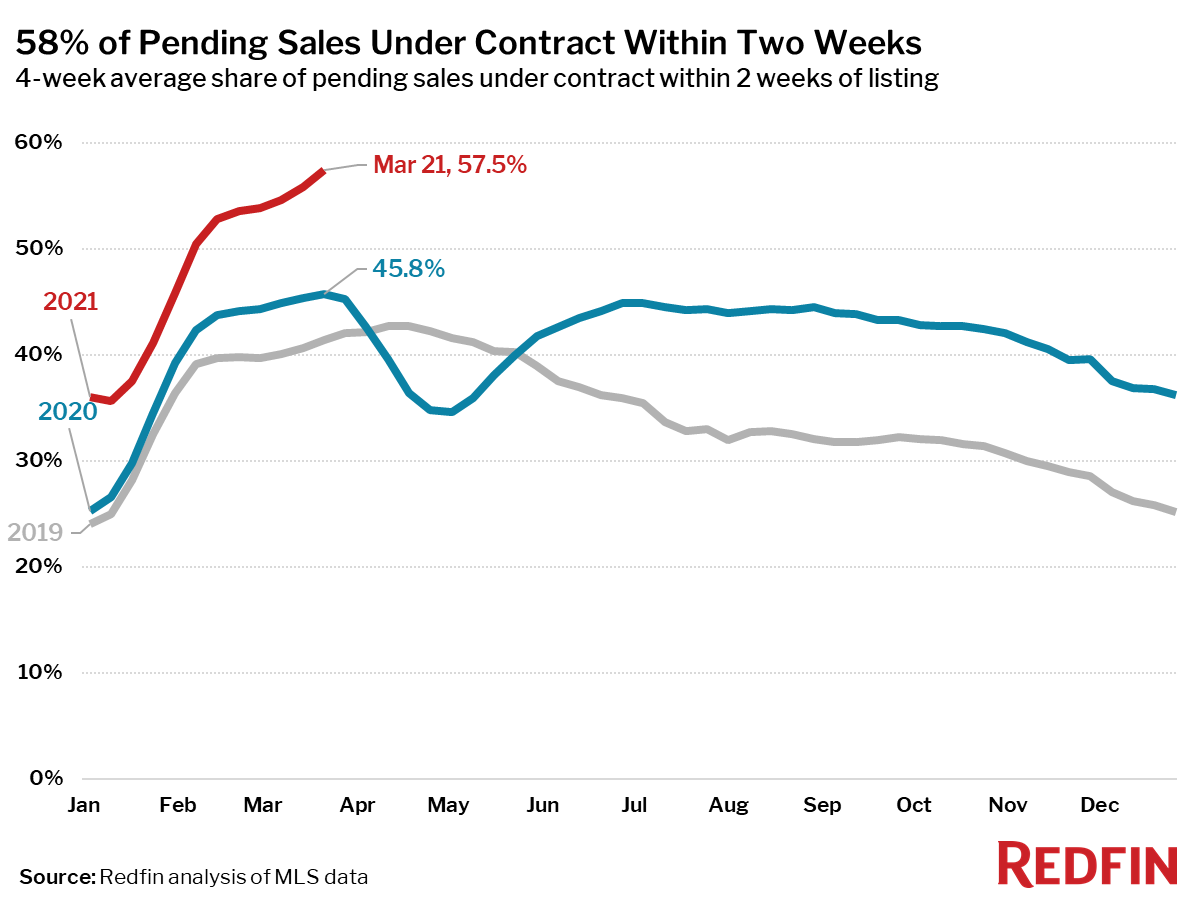