Homebuying demand may have peaked for 2021 as pending sales and mortgage purchase applications have both pulled back in recent weeks.

Unless otherwise noted, this data covers the four-week period ending May 16.

All but one of the metrics highlighted in the following list set a new housing record going back at least as far as 2012, when Redfin’s data began.

Pending sales for the seven-day period ending May 16 were down 10% from four weeks prior, compared to an 8% increase during the same period in 2019, suggesting that homebuying demand may have peaked for 2021. 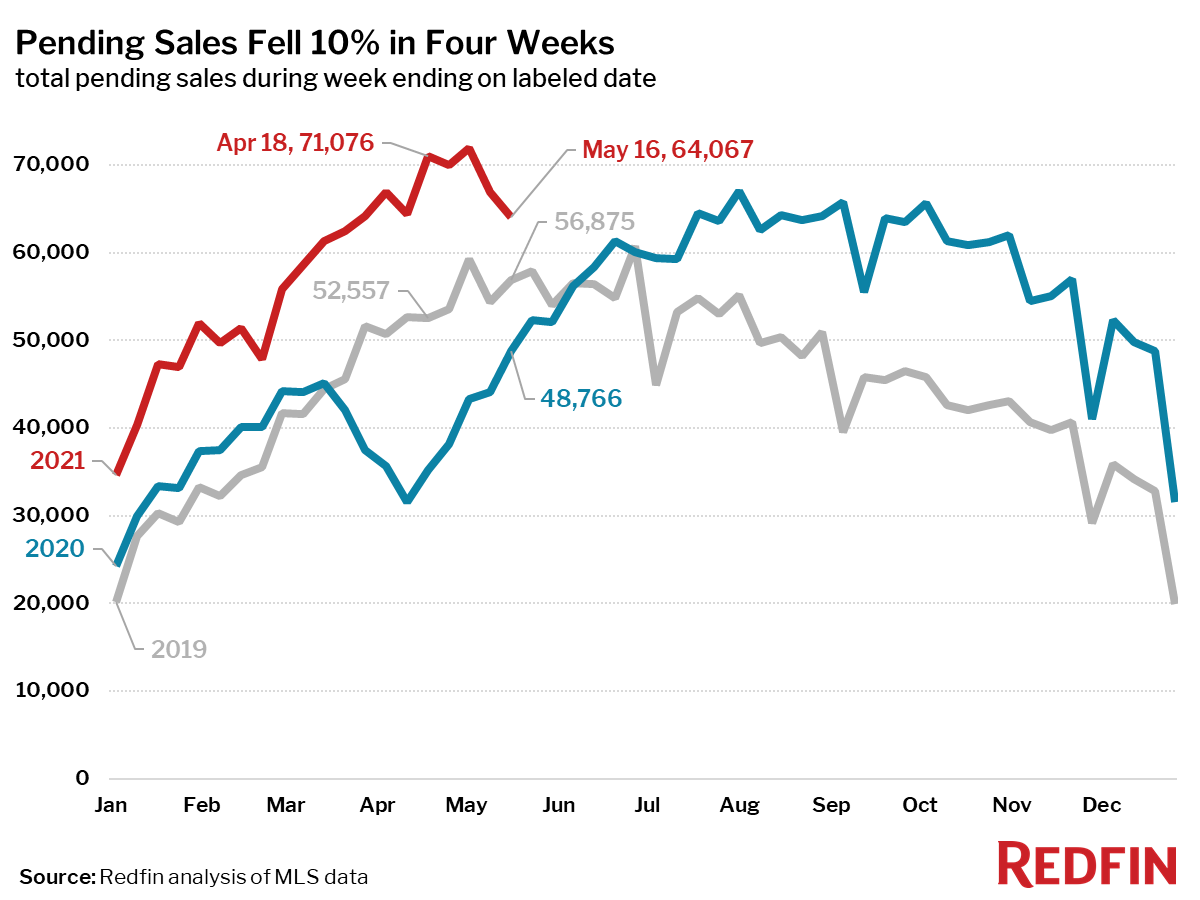 “We are seeing some early signs that the market has reached its maximum temperature,” said Redfin Chief Economist Daryl Fairweather. “Mortgage purchase applications and pending sales have decreased, which may be a sign that some buyers would rather spend their money on restaurants, vacations, and other things they have held back on for the past year, instead of on housing now that the threat of the pandemic is dissipating in America. But make no mistake, the housing market is still very hot and will remain hot for the rest of the year.”