Mortgage rates rose above 3% for the first time since June and asking prices set a record high, but homebuyers aren’t slowing down.

The average homebuyer’s monthly mortgage payment rose $50 over the last six weeks as sellers’ median asking price increased 12% year over year to a new record-high and mortgage rates surpassed 3%. Despite rapidly declining affordability, many homes are still selling very quickly—nearly half find a buyer within 2 weeks. Although homes are still selling for about 1% above asking price on average, the share of listings with price drops is increasing, suggesting that price increases may be easing just slightly.

“Mortgage rates and asking prices are both on the rise, which translates to higher housing costs,” said Redfin Chief Economist Daryl Fairweather. “For now, mortgage rates are still hovering near 3% and demand remains strong. However, we are likely to see rates tick up into the winter months, and that could slow demand just like it did in late 2018. As that happens, sellers will have a harder time getting buyers to bite on their sky-high asking prices.”

Unless otherwise noted, the data in this report covers the four-week period ending October 3. Redfin’s housing market data goes back through 2012. Except where indicated otherwise, the housing market is generally experiencing seasonal cooling trends, similar to what was seen during this same period in 2019. 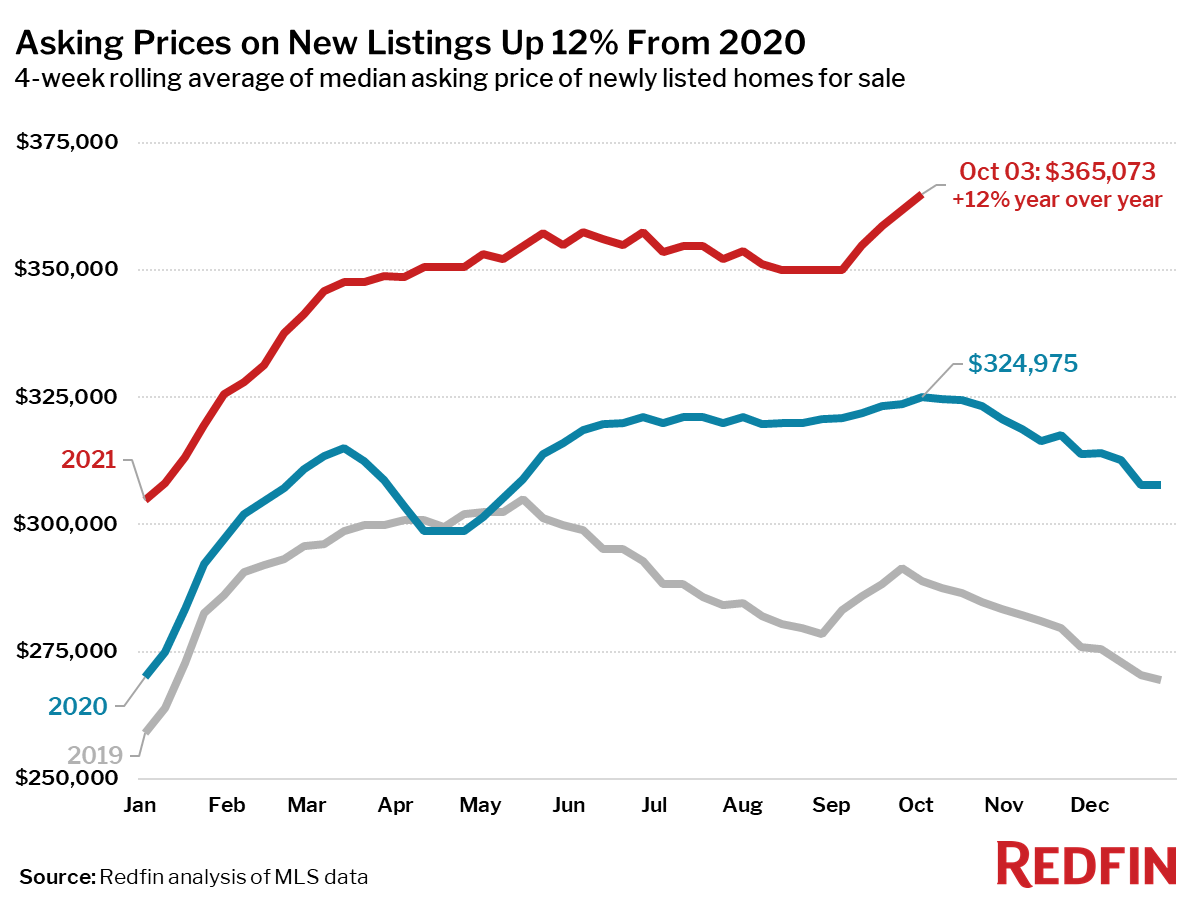