Home prices ticked up and fast sales became more common in October, bucking the typical seasonal trend. The national median sale price during the four-week period ending October 31 was up 1.5% from three weeks earlier, compared to a 0.1% increase over the same period in 2019. Prices were up 14% from a year earlier, the largest year-over-year increase since August. Mortgage rates were down slightly in the latest week, but have risen 30 basis points since August and the share of homes sold in one week rose to 33%, up 2.2 percentage points since September 12. During the same period in 2019 the share of homes sold in a week fell 1.2 points.

“Rising mortgage rates have lit a fire under many homebuyers,” said Redfin Chief Economist Daryl Fairweather. “Fear of missing out (FOMO) is always a powerful force in this supply-constrained housing market, but especially so today for buyers who weren’t able to snag a home last year before mortgage payments shot up by 15%. With this renewed FOMO, the housing market is heating up from the slight lull a few months ago.”

Unless otherwise noted, the data in this report covers the four-week period ending October 31. Redfin’s housing market data goes back through 2012. Except where indicated otherwise, the housing market is generally experiencing seasonal cooling trends, similar to what was seen during this same period in 2019. Comparing today’s market with the pre-pandemic fall market of 2019 highlights how hot the market remains, even as most measures are settling into typical seasonal patterns. 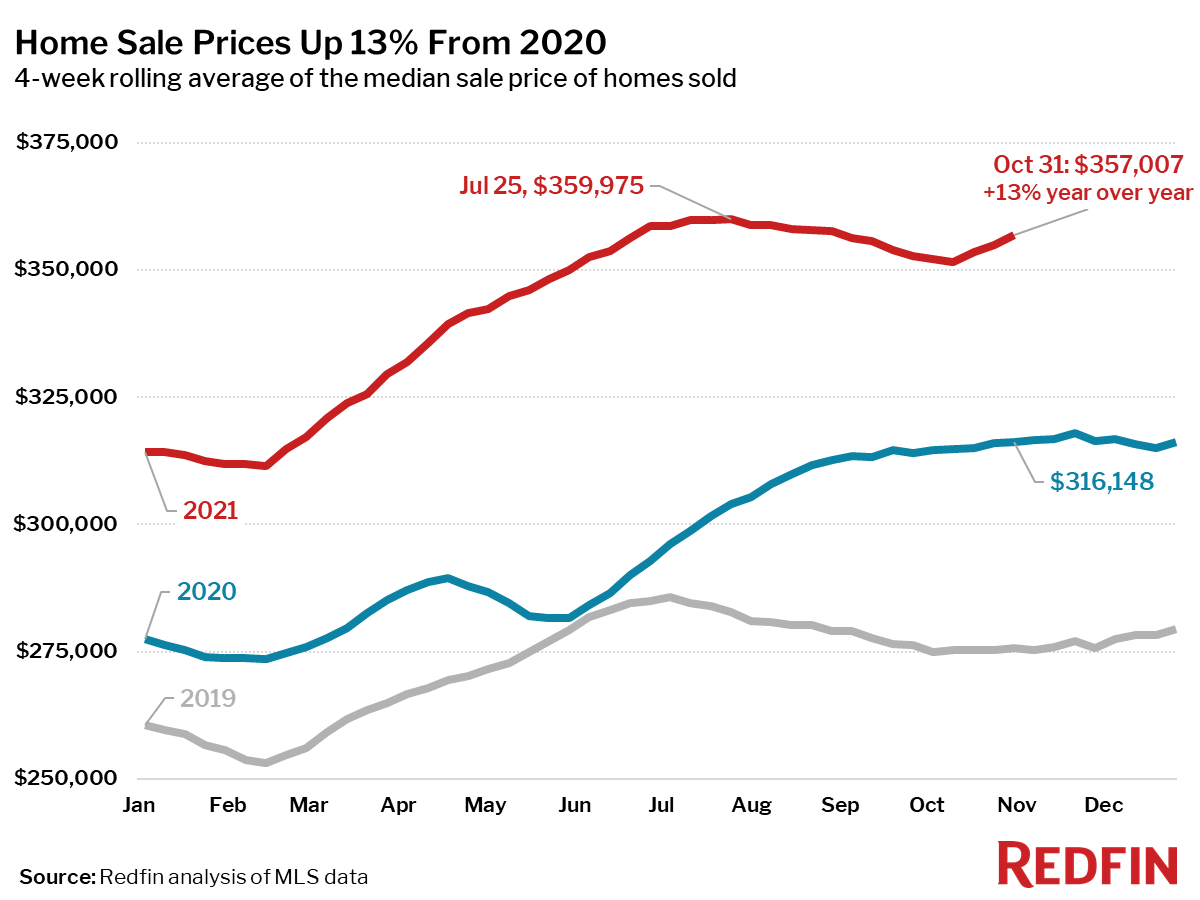