As demand eases and sellers adjust their price expectations, the housing market is slowly aligning to typical seasonal patterns.

The average share of homes with price drops each week is rapidly climbing during a time of year when it is usually relatively flat. This measure has now passed 5%—its highest level since the four-week period ending October 10, 2019.

That said, home prices are still rising and homes are selling very quickly, just slightly slower than before. Homebuying demand remains strong and the market is tipped heavily in sellers’ favor. However, home sellers can still overprice their homes, and those that do are quickly getting the memo—a week or two on the market without any bids—and adjusting their asking prices accordingly.

“The housing market is less hectic than it was in early spring, but it’s still far from typical. The move to a less imbalanced market is happening slowly,” said Redfin Chief Economist Daryl Fairweather. “As we approach the beginning of back-to-school season, home prices typically cool, supply winds down, and homes take longer to sell. All that’s happening, just very slowly. I don’t think the housing market will return to a fully typical state anytime soon, but we are starting to trend in that direction.”

Unless otherwise noted, the data in this report covers the four-week period ending August 15. Redfin’s housing market data goes back through 2012. 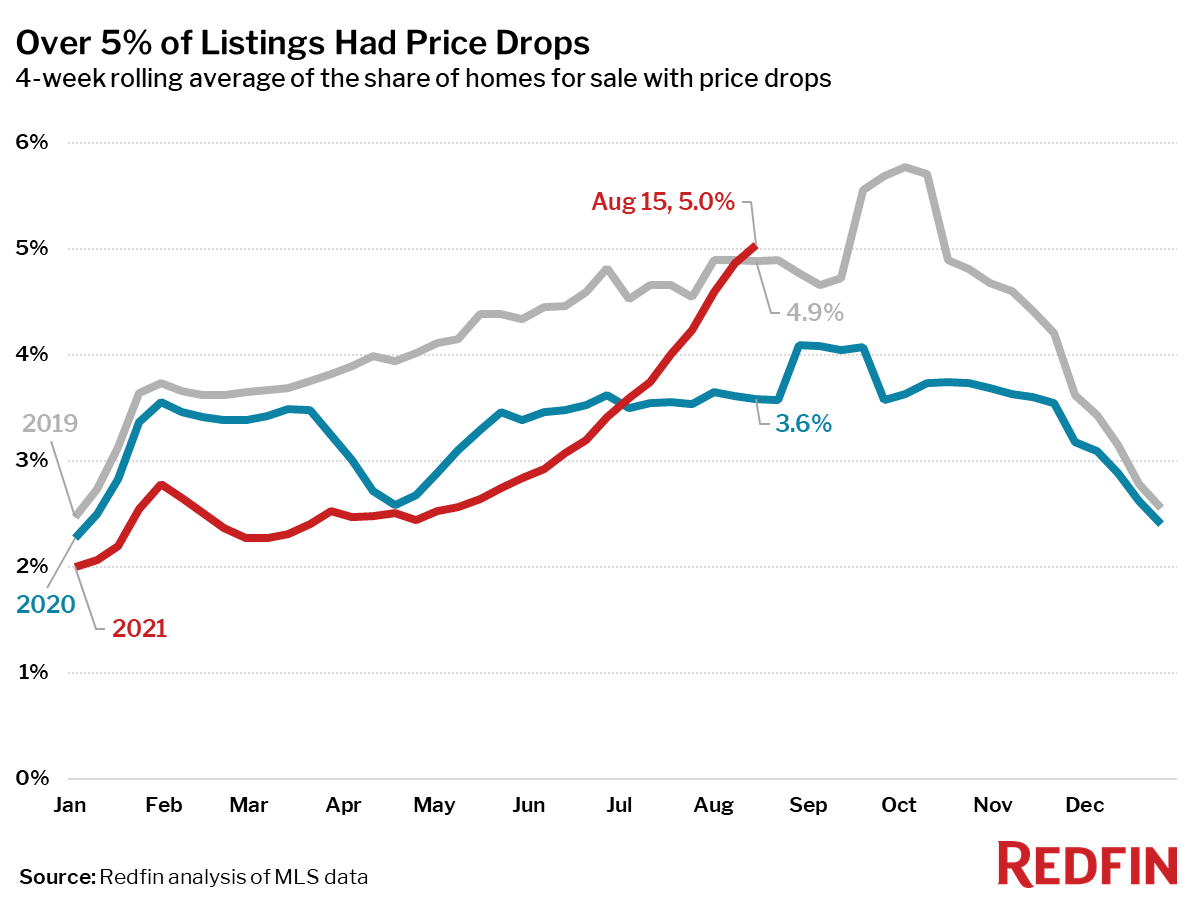