Other leading indicators such as home tours and mortgage purchase applications have also slowed.

As we head into June, the breakneck pace of the housing market is beginning to slow. Leading indicators of activity are now mostly cooling off instead of continuing to heat up. Adjusted for seasonality, home purchase applications have been falling since late March and are now 7% below the average levels in January and February 2020, before the pandemic began to impact the market, despite low mortgage rates and easing access to credit. The cooling market is also reflected in a four-week decline in pending sales and a drop in Redfin’s demand index, which is down 12% from its late March peak. Taken as a whole, the data paints a picture not of a bursting bubble, but a clear change from the overheated spring market. “Homebuyers may have found a better way to spend Memorial Day weekend than touring homes, but most have not exited the market entirely,” said Redfin Lead Economist Taylor Marr. “Buyers have faced a tough market this year and fewer feel it is a good time to buy as the allure of low rates has waned, so some are choosing to wait it out for now. With demand stabilizing, the housing market should become more balanced, allowing homebuyers to have a less stressful and challenging time finding and competing for a home.”

“While the market has not come to a full stop, we are seeing signs of yielding,” said Westchester County, NY Redfin real estate agent Candice Smith. “Buyers are winning bidding wars with offers that are $60,000 or less over asking prices; just a month ago in similar situations they had to go $100,000 or more over asking. Bidding wars are still the norm, but the number of competing offers have been cut in half from around 17 to about eight. Homebuyers still need to be strategically creative when submitting their highest and best offer, which involves methods like offering to cover an appraisal gap upfront, dropping the appraisal or mortgage contingency altogether or adding escalation clauses.” 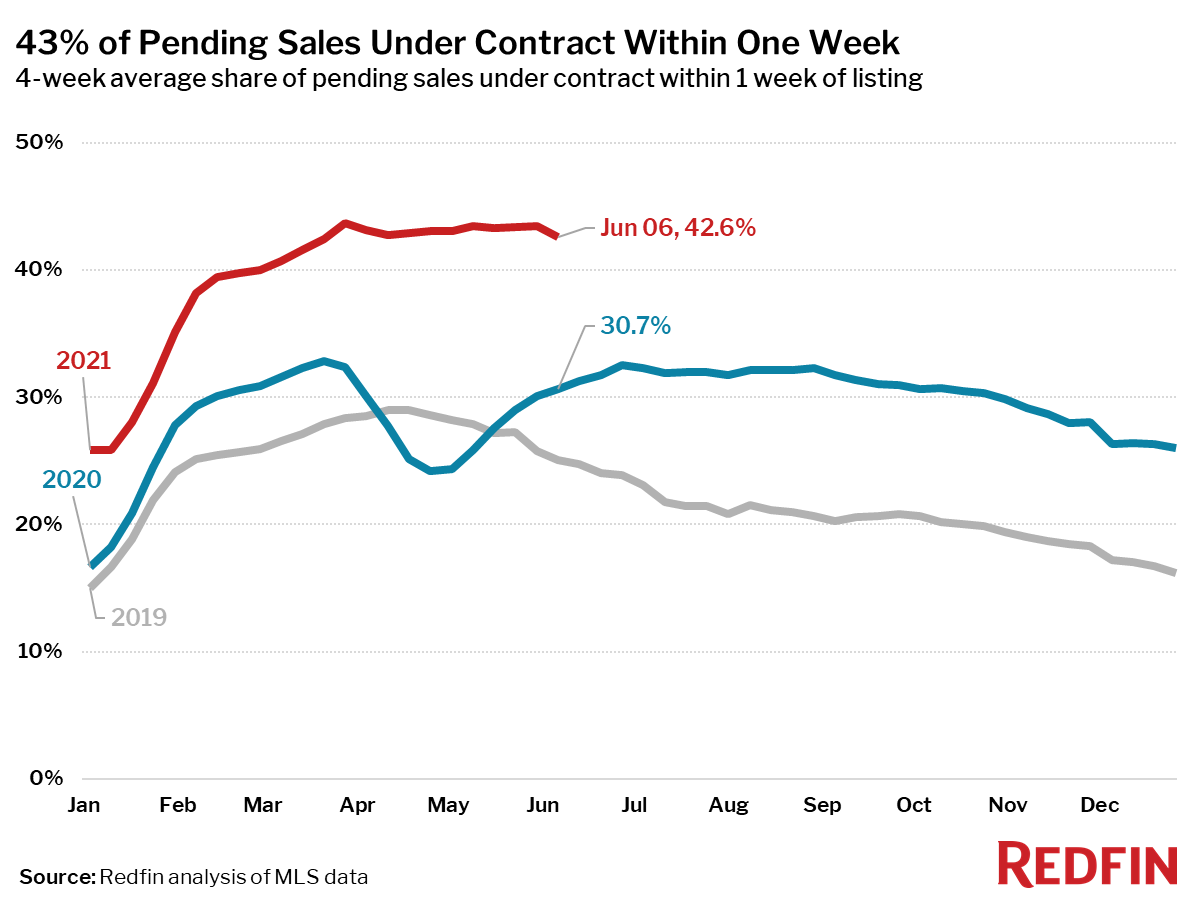 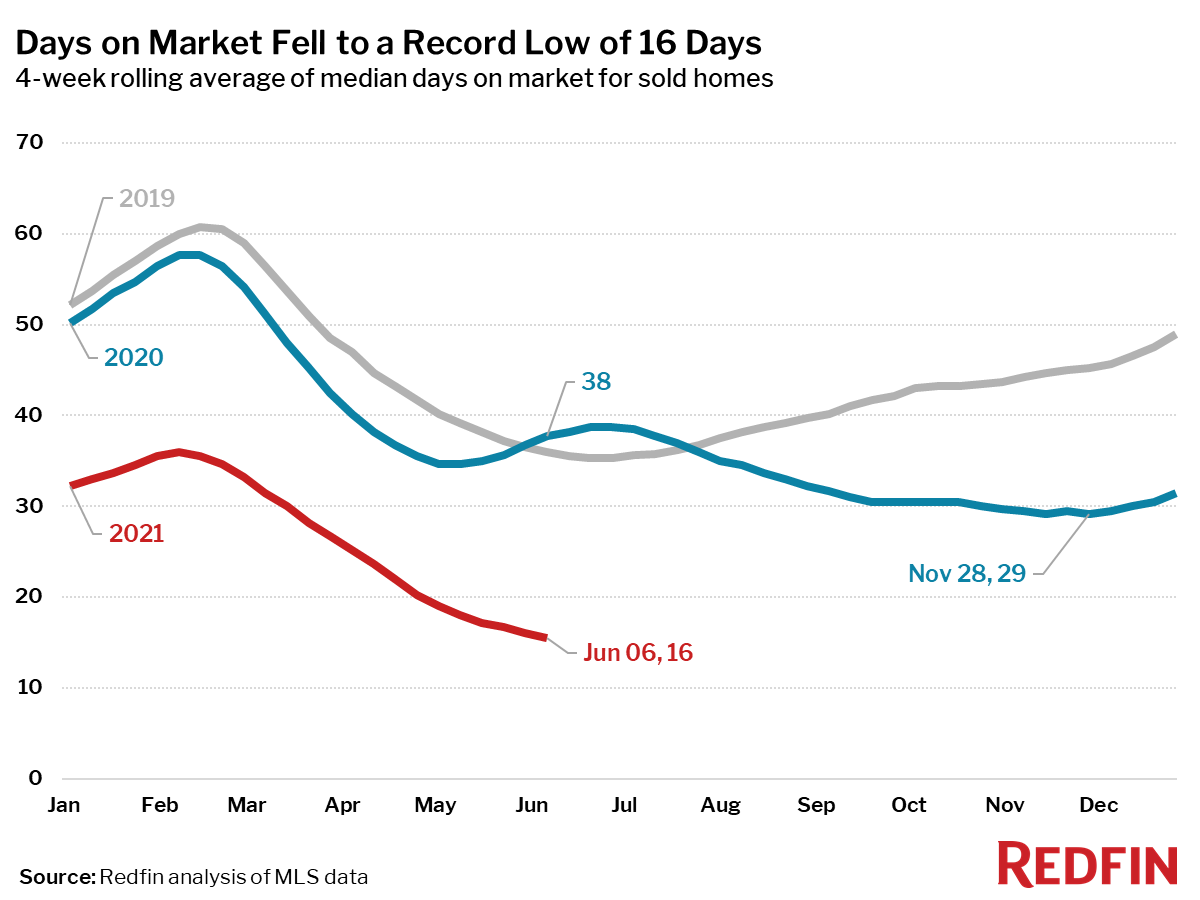